TO ACCEPT
SET UP

This website uses Cookies so that we can provide the user with the best possible use experience. Cookies information is stored in your browser and performs functions such as recognizing it when you return to the website and helping our team understand which sections of the website are most interesting and useful to you.

You can adjust all your Cookies settings by browsing the tabs On the left side.

Strictly necessary cookies must be enabled at all times so that we can save your cookie configuration preferences.

This website uses Google Analytics to collect anonymous information, such as the number of visitors to the site and the most popular pages.

Water sector partnerships: a roadmap for successfully overcoming the health emergency and contributing to the Sustainable Development Goals 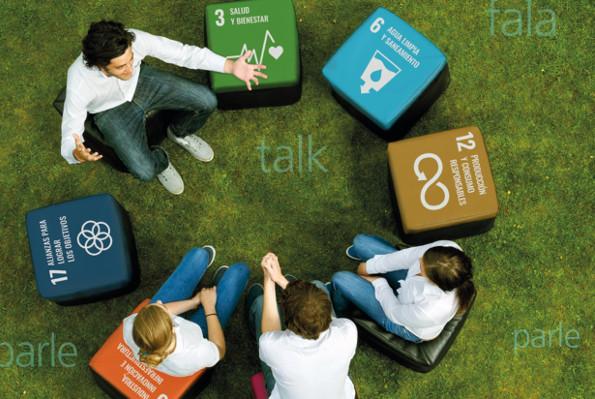 Aqualia has published its 2020 Sustainability Report, placing the focus squarely on the conversation with citizens and stakeholders with a view to forging ahead in the fulfilment of the 2030 Agenda, one of the company's primary commitments. Dubbed #Conversa, this year's report completes the listening process that began in 2019, when an in-depth analysis of strategic materiality and active listening was conducted with more than 18,000 people. The company points to dialogue and collaboration with all social agents as the two pillars on which to respond to the new post-pandemic challenges and to continue contributing to the Sustainable Development Goals (SDGs), which have been part of Aqualia's strategy for years.

"The year 2020 proved to be a very complicated one, as we had to deal with health emergencies without neglecting the climate emergency, a matter of great concern for citizens and institutions", explains Aqualia CEO Félix Parra in an interview at the beginning of the report. In this interview, the CEO praises the efforts of the workforce, who have been hailed as essential workers during the pandemic. "They have always demonstrated a strong commitment to public service, and today we can say that, thanks to that same spirit of commitment, we have been able to respond to one of the greatest challenges humanity has ever faced", notes the CEO.

In fact, even in the midst of the coronavirus crisis, the company has increased its workforce by 10.7%, which now totals over 10,500 employees in 17 countries. The company serves 29.6 million people –16% more than last year–. These figures place Aqualia as fourth in Europe and ninth worldwide in terms of population served, according to the latest ranking (2021) of the international publication Global Water Intelligence (GWI).

The company underlines the effort made to guarantee the well-being of all people, not just its own workers, during the health emergency. The report also mentions that a major deployment has been made in customer service. In Spain, this effort has been positively valued by 83% of citizens. Demand for remote support grew at an unprecedented rate in 2020. A solid 97% of users gave a positive rating to the technical and human resources available through the Aqualia contact multichannel platform.

Adjusting to the new reality posed by the coronavirus in no way dampened Aqualia's commitment to sustainability, one of the pillars of the company's corporate strategy. Quite the contrary, Aqualia stepped up efforts to mitigate climate emergencies and water stress. In recent months, for example, the company joined a renewable energy purchase programme and a project to install photovoltaic panels that will reduce emissions by 16,200 tonnes of CO2 per year; managed a 10.9% increase in wastewater reuse compared to the previous year; and even bolstered Research, Development and Innovation (RD&I) as a cornerstone for improving its environmental indicators.

"In 2020, we revised our digitisation programme and reprioritised it. For instance, we significantly boosted the development and deployment of our Water Analytics (WA) tool to manage water more intelligently in cities and thus reduce the water footprint, and we also implemented systems to optimise meter reading times", explained Félix Parra, who stressed the importance of technology as an opportunity to improve service to citizens. In this regard, the company invested nearly two million euros in 2020 on developing technological tools and carried out 21 innovation projects, to which it allocated over five million euros, 19% more than in 2019. These research projects focus on water circularity, waste-to-resource, renewable energies, biofuels and biofactories and other projects related to carbon neutrality.

A tangible contribution to the SDGs

Throughout a pivotal year that has clearly underscored the interdependence between people and the planet, Aqualia has also reinforced its commitments to the Sustainable Development Goals, earning the recognition from several institutions for its engagements. In fact, the company was the first full water-cycle operator to secure sustainability certification based on its contribution to the SDGs, and has even garnered recognition from the United Nations and the PPPs for Cities Centre, endorsing its economic and social impact as a government partner in implementing water management projects. By adhering to the Global Compact as full members, joining the StepbyWater alliance and belonging to more than fifty associations, the company has sought to underline its commitment to alliances as a catalyst for meeting the goals and objectives of the 2030 Agenda.

In conclusion, the company also highlighted the approval of its 2021-2023 Strategic Sustainability Plan, one of the major milestones achieved in recent months after extensive efforts. With this plan, Aqualia harmonises long-term plans with tangible objectives so that it can measure the impact of its actions. "Its implementation allows us to define projects, actions and performance indicators and thus measure our contribution to the achievement of the Sustainable Development Goals. Today, the traceability afforded by this plan is more necessary than ever not only to quantify our progress and remain accountable to the Board of Directors, but also to respond to the demands of society and have the capacity for continuous improvement", concludes Parra. 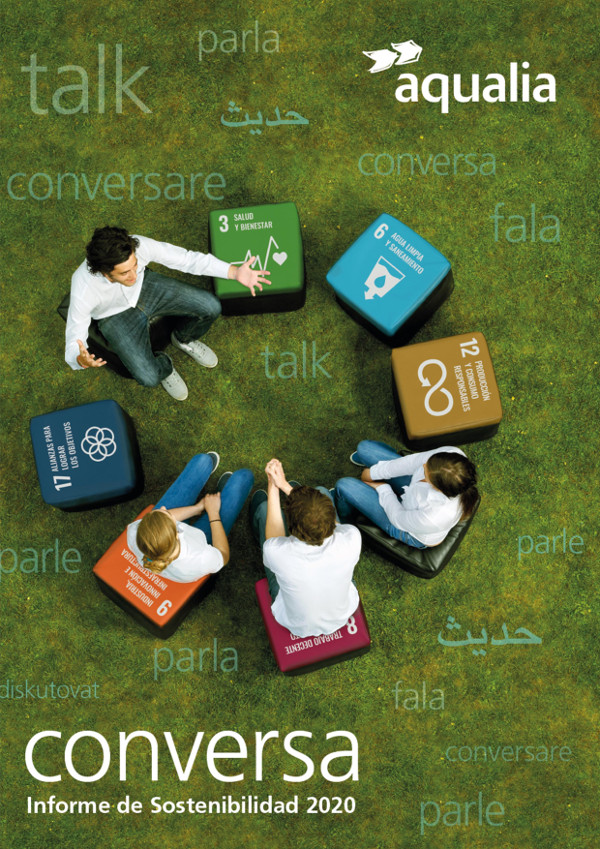